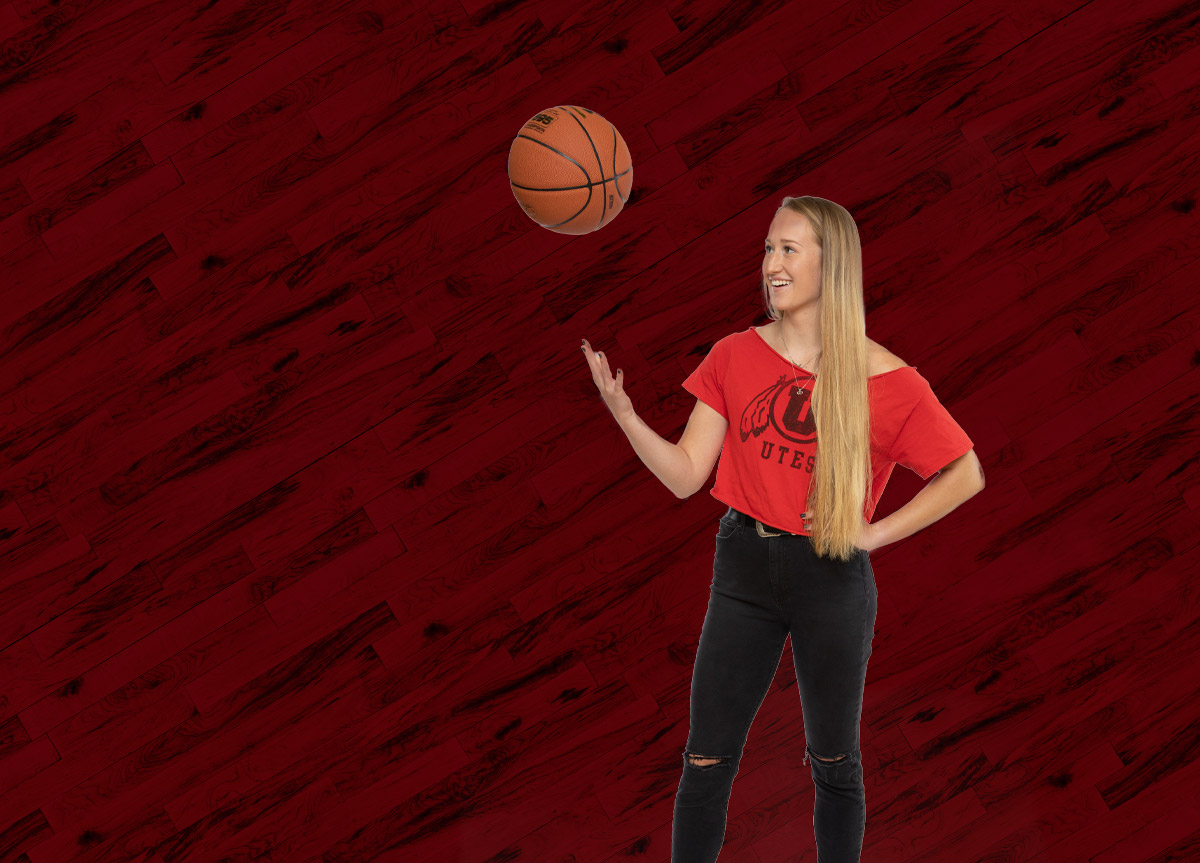 Fast Breaks: One of the best passers in the Pac-12 as just a sophomore … calm and steady on the court … her athleticism allows her to be a threat on both sides of the ball.

Started in 30 games … averaged 26.7 minutes, 6.9 points, 3.7 rebounds, 5.3 assists and 1.4 steals per game … finished the season tied for second in the Pac-12 and 22nd in the country in total assists (159) and third in the Pac-12 and 23rd in the nation in assists per game (5.3) … broke the 300-career assist mark during the season, the fastest a sophomore has achieved the mark in school history … led the Utes in assists in 24 of the 30 games she appeared in, including three double-digit assist games … had 18 games with five-or-more assists … reached double-digits in six games … scored a season-high 21 points against California (2/16), knocking down a career-high tying seven field goals and going a perfect 6-for-6 from the free throw line, adding nine assists, two blocks and two steals … went a perfect 6-for-6 from the free throw line against California (2/16), Arizona (2/21) and Arizona State (2/21), scoring 16 points against the Wildcats with three steals … had a double-double in Utah’s upset over Arizona State, scoring 10 points with a career-high 12 assists … scored 13 points on 5-of-8 shooting against Colorado (12/29), also recording nine assists and two steals … recorded 12 points, eight rebounds, seven assists and finished with two steals against Washington (3/5) at the Pac-12 Tournament … had 10 points and three steals at California (1/24) … had eight points and a career-high nine rebounds against Weber State (12/20), adding two steals … recorded a season-high four steals with six assists and four rebounds vs. UTSA (11/24) … had 10 assists in back-to-back games against USC (1/12) and at Colorado (1/17).

Lettered in basketball, track and field and volleyball at St. Thomas More in Rapid City, S.D. … was a McDonald’s All-America nominee in 2017 … named team captain for basketball and volleyball … led her basketball team to four straight state championships … four-time all-conference selection … earned all-state honors two seasons in a row, including first-team honors in 2017 … was selected to the State A all-tournament team in 2016 and 2017 … named the MIDCO Sportsnet Class A Girls Basketball Player of the Year in 2017 … named South Dakota Girls Basketball All-Star Game Player … selected to the U.S. U17 Olympic Team tryouts and was a round one finalist in 2016 … reached the 1,000 point milestone at St. Thomas More, finishing her career with 1,250 points … holds the school record in assists and steals … received the Sportsmanship Award at the Hansen Anderson Basketball Classic in 2015 … was selected to the North Tartan Elite Youth Basketball League in 2016 and 2015 … was a Nike National Team finalist in 2016 … helped her AAU team to a state championship … was a three-time all-conference selection in volleyball … state qualifier in track and field … helped her team to a Class A state championship three seasons in a row and was a state finalist in the 200 and 400 meters along with the 4X200, 4X400 relays and the long jump.

Daughter of Kristi and Daniel Gylten … has three siblings, Michael, Riley and Buzzy … was a part of the honor roll and earned French honors in high school … was a National Honor Society member … also the Student Council Senior Class Treasurer … major is undecided.