Regarded as one of the top college arenas in the nation since opening its doors in 1969, the Jon M. Huntsman Center has provided an imposing home advantage for Utah teams the past 45 years.

The Huntsman Center underwent a $6 million renovation in the summer of 2014. The original ceiling cloud was replaced with a super grid structure. Energy efficient LED arena lighting, which accommodates instant on and off, was installed. A new state-of-the-art sound system and ceiling mounted sound panels provide greater clarity.

The project also included a draping system, offering a more intimate setting in the arena's lower bowl for smaller events. New banners were hung to honor Utah's all-time greatest teams and retired jerseys, and a maple wood floor was installed with an updated graphics and color scheme. New LED concourse lighting has been put in and the walls of the lower bowl were wrapped with new graphics.

A $1.3 million center-hung video board and scoreboard was installed in the fall of 2007. It features an LED ring by Optotech and four LCD video screens. The locker rooms have also been renovated in recent years, funded in part by donations from former Ute basketball All-Americans Andrew Bogut and Andre Miller totaling $325,000.

Underground tunnels stretching 2,220 feet connect the arena with the four-building HPER complex, which is undergoing a renovation. The $36 million project includes the new Jon M. and Karen Huntsman Basketball Center, which will house the men's and women's basketball programs, and the Sorenson Legacy Foundation High Performance Center, a state-of-the-art sports medicine and strength & conditioning facility.

The 2014 upgrade was highlighted by a new ceiling structure, LED lights and a state-of-the-art sound system that provides greater sound clarity. It also included a draping system, offering a more intimate setting in the arena's lower bowl. New banners were hung to honor Utah's all-time greatest teams and retired jerseys. A maple wood floor was installed with an updated graphics and color scheme.

New video boards were installed in the fall of 2017 at a cost of $1.4 million. The project included a newly designed center-hung video display cluster, four new corner boards in the upper bowl, new courtside video displays and a new scorer's table. 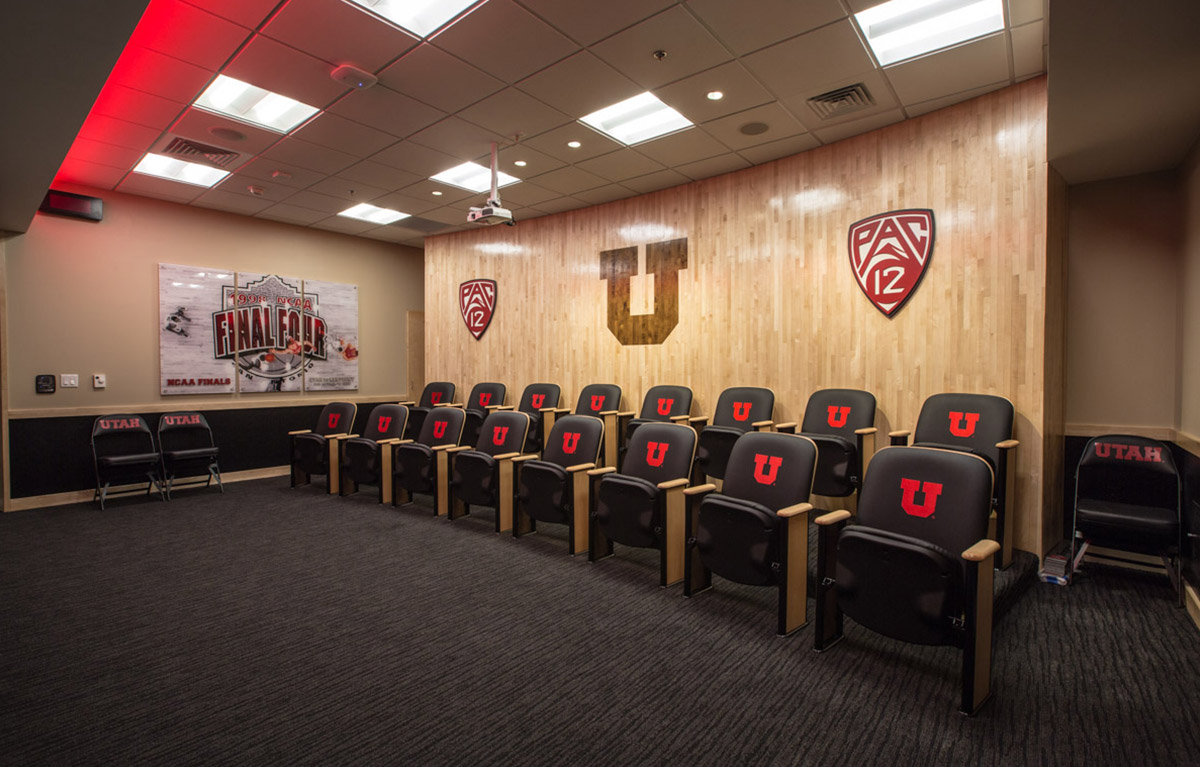 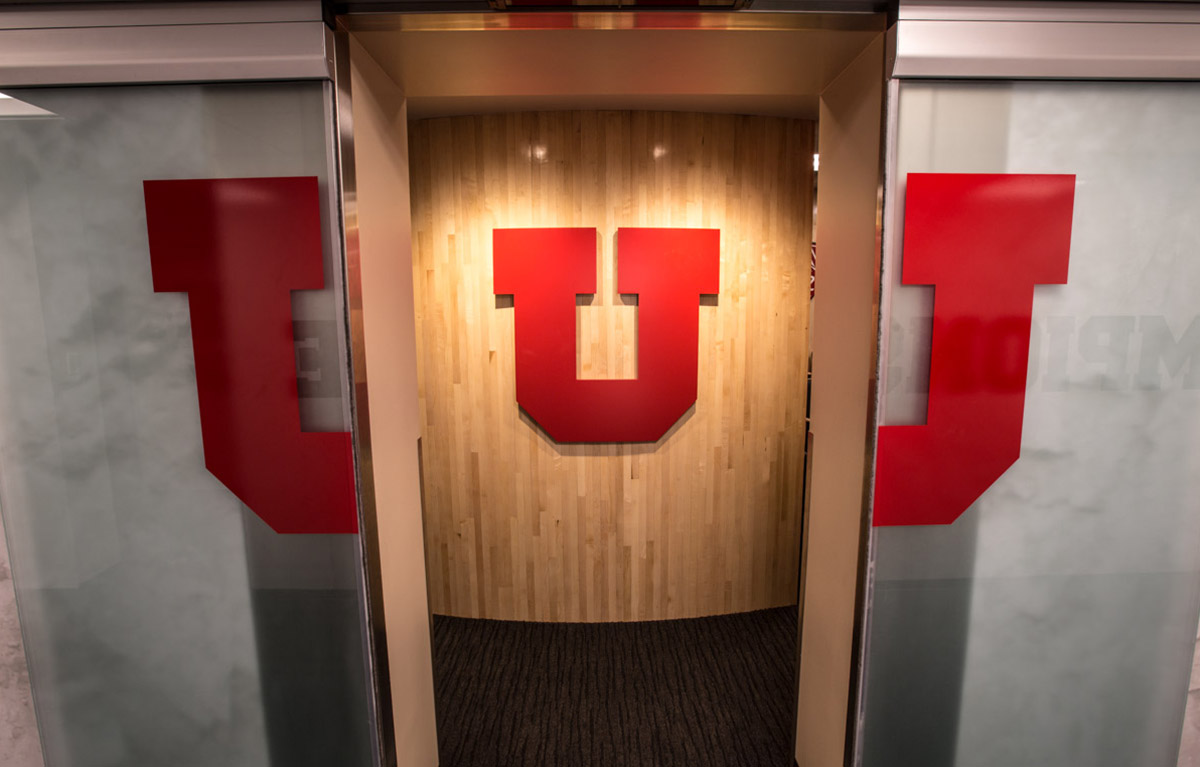 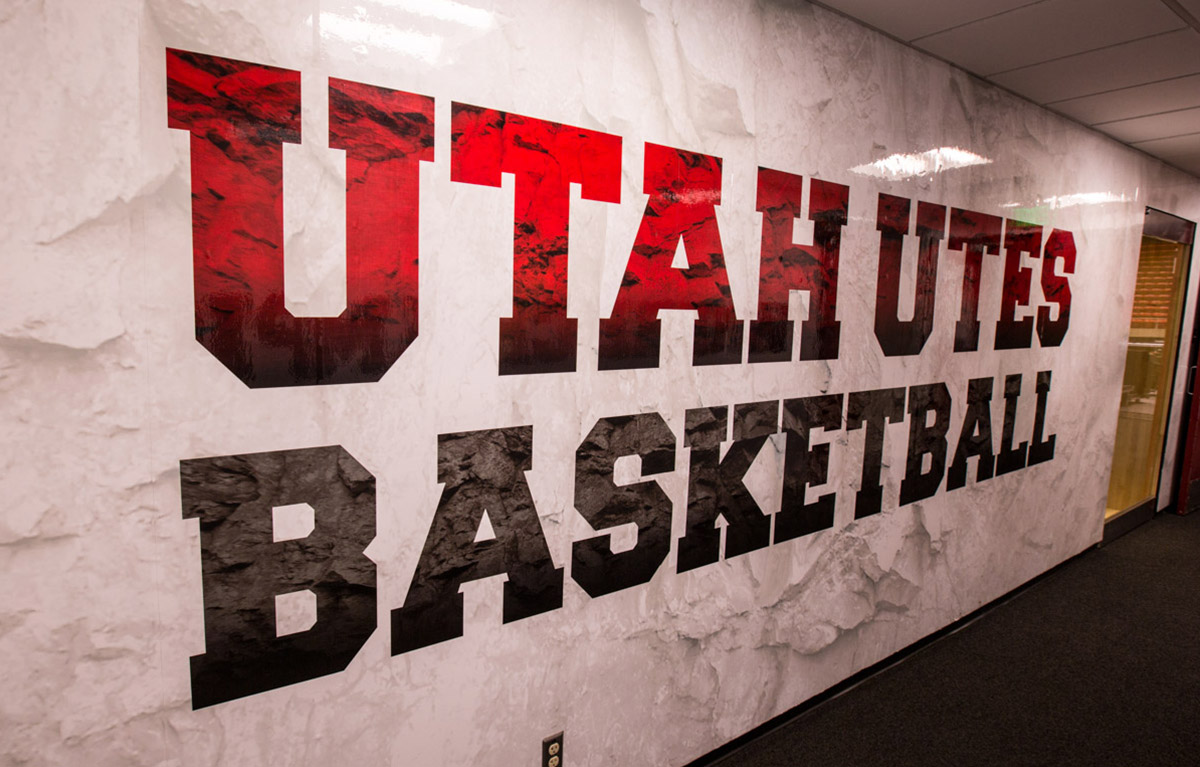 Long recognized as a site of championships, the Huntsman Center ranks third among the nation's arenas for the most NCAA men's basketball tournament basketball games hosted, with 81 contests having been played in the facility. The JMHC has hosted NCAA women's basketball first and second round games twice (2001 and '11). Also a famous gymnastics venue, the Huntsman Center has hosted a record nine national gymnastics championships—one AIAW and eight NCAA Championships. 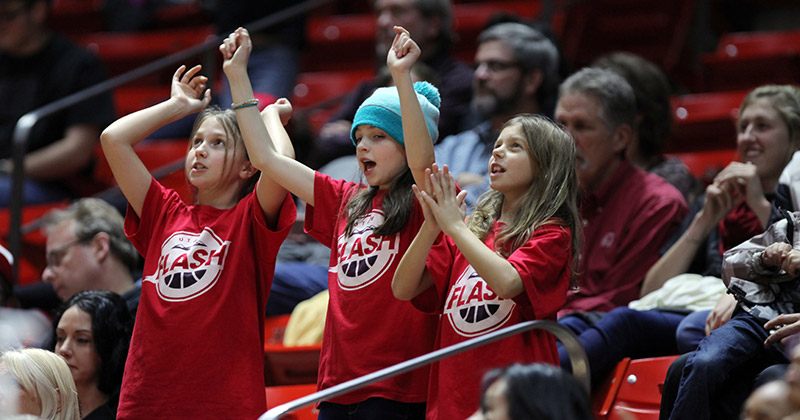 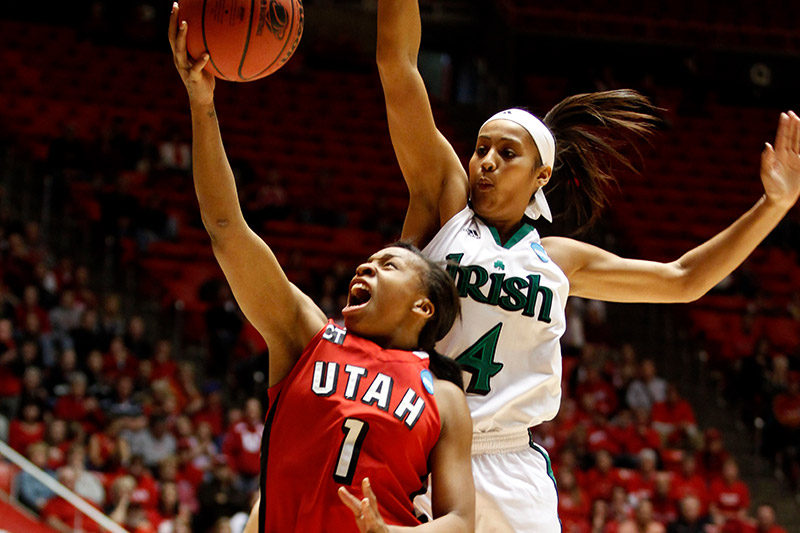 Janita Badon drives to the hoop against Notre Dame in the 2011 NCAA Women's First/Second Round games at the Huntsman Center in 2011.